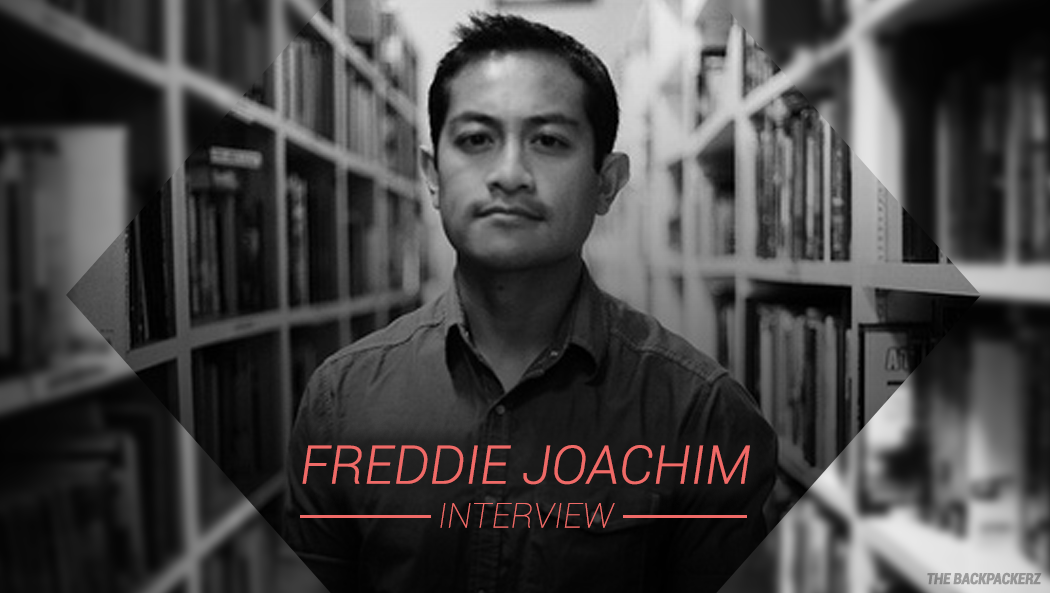 Freddie Joachim. This name may not be familiar yet, but you still probably have heard one his beats recently on one of the best singles off Joey Bada$$’ debut album : ‘On & On’ (ft. Maverick Sabre & Dyemond Lewis).

Californian beatmaker from San Diego, this jazz/soul vinyls collector is one of the shadow workers of the hip-hop movement. Avoiding lights and glitters, the guy quickly convinced many MCs to kick over his jazzy productions : Blu, Grap Luva, Kev Brown and of course Joey Bada$$, as two tracks off B4.DA.$$ are produced by Freddie.

Those of you who follow our weekly playlist Heavy Rotation on Whyd surely noticed that the beat of ‘On & On’ was featured on its instrumental version on the « Heavy Rotation 31 – Beatmaking Edition » couple weeks ago.

Freddie Joachim is also the founder of the art collective Mellow Orange, which along fellow-label Soulection, is catalyzing the energy of the LA beat scene around events and artists like BeatPete, Chloé Martini or rapper Ohmega Watts.

Couple months ago, we had the opportunity to meet the producer before So Miles Party special Expansion Team in Paris. A rich conversation that enabled us to know a little bit more about his background and his future projects.

Don’t forget to check out our selection of our 10 favorite tracks produced by Freddie Joachim at the end of the interview. We advise you to press play just before reading !

The BackPackerz : What was your first memory of hip-hop ?

Freddie Joachim : One of my standout memories when I was a kid was when I was stealing my sister’s cassettes. Luckily for me, my sister was listening to a lot of hip-hop like De La Soul or A Tribe Called Quest.

What are you currently working on ?

I’m working on a new album coming out in 2015 and I’m helping my label Mellow Orange to release our artists. These are the two things I am focusing on rightnow.

Do you consider yourself more like a producer or a DJ ?

Both. I feel that on my downtime it’s the producing side and then when I’m more an activist, going out, I’m a DJ. I try to balance those two aspects.

You live in San Diego. How is hip-hop scene over there ?

It is very small, everyone knows each other, we are all a part of everybody. But because of it, there is also very little room for us to flourish, that’s why I decided to move to Los Angeles for a while (10 years) before moving back to San Diego.

What would be your dream collaboration ?

It’s hard ! Any artist who I grew up with like ATCQ, De La Soul, Common, Erykah Badu would be a dream. Those are people that I have always admired.

What do you know about hip-hop in France and Europe ?

Well, I’ve always been a fan of Hocus Pocus since the beginning, since C2C. 20syl is a great producer. What I feel is that the Europeans are really embracing the 90s boom-bap era. I think it’s the biggest thing rightnow.

What do you think about the current trend of artists dropping more singles and remixes instead of solid LP projects ?

People are just dropping singles and remixes because it’s so easy to do ! You just put it online, it’s accessible to everybody, right away. Back in the days, people had limited time in studios so if they were going to spend so much money on a recording studio then they had to make it worthwile getting a whole project done. But now everybody has its own studio at home and they can upload a song they recorded last night the next day.

But what is your philosophy concerning your own work ?

I guess it depends. For my next LP I want people to have the full experience and listen to it from top to bottom, because it’s presenting something that’s like a new me instead of recycling the old stuff I have. But on the other hand, music is moving so fast rightnow that you have to stay connected to your audience by dropping some singles every now and then. You can’t just work on an album for a year, be gone for a long time without making any noise and 2 years later come out with an album, cause people would be like “where were you man ?”

Is this LP going to be instrumental only ?

I don’t know yet. I want to work with more artists, I feel I work a little bit harder that way, I stress a little bit more but I think it’s for the best !

If you were left in a desert island, what would you keep in your backpack ?

A handfull of my favorite records, a portable record player and some instruments like a guitar or something. Guitar is good cause you don’t need any power !