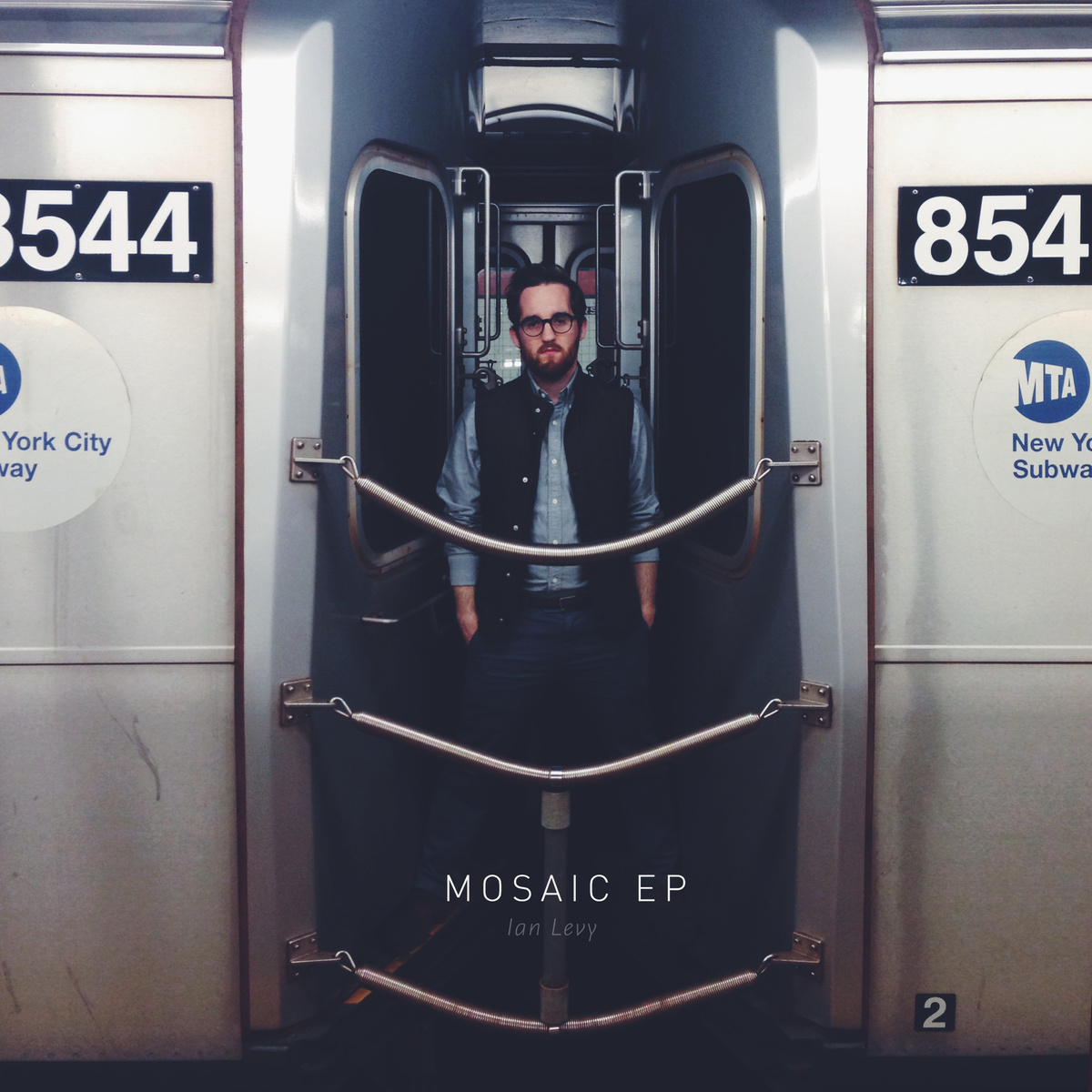 Flashback : November 2013, I dumped my suitcase in NYC for a week-end. « Pure madness », some people said. But here’s the thing : getting an invitation to attend the third and final think tank about Hip Hop Education was a blessing I couldn’t refuse. In central Harlem, I would then meet for the very first time Christopher Emdin, Martha Diaz, Marley Marl, but also Ian Levy.

How could I have guessed that under his jacket and bow-tie would hide a hip-hop artist suit ?! You can’t believe your ears either ? So, be ready to discover the identity of a super-hero made in USA nicknamed  «Professor », someone who saves you with his books in the morning and his words at night, 24/7 with the same passion and the same goal : making it happen !

Skype. On Sunday, the 28th of September. Twenty minutes have just passed after his return from a hectic weekend made of presentations in Washington DC, and yet Ian Levy is willing to travel back in time about some landmarks of his life that we could rename « mosaic ».

First, would you mind introducing yourself to our readers please ?

My name is Ian Levy, I’m a hip hop artist, counselor and doctoral student in New York City. I’m getting my Ed.D., which is a doctoral education and health education at Teachers College, Columbia University, where I am studying the effectiveness of hip hop therapy as a mental health intervention within schools. All of my interests in this research has stamped from my work as a hip hop artist and noticing in retrospect how therapeutic hip hop has been for me to write music about how I was feeling, about what I was going through and how much I’ve grown as a result finding this art form, so I wanted to create opportunities for students to do the same.

Let’s talk about your EP. In Thelonious, you said « But I notice communicating was something I never chose », so would you say you have used hip hop as a tool to communicate ?

Definitely true ! When I realized I had all these emotionally difficult experiences, I did not know how to talk about that with people and, without really consciously doing so, hip hop just became a place where I was talking about all these things and, therefore, where I would be in a cypher in a park with people or if I would be just writing music with friends, I would be telling them all these things. Through this medium which was socially acceptable, people said it was so awesome, which made me feel even better about expressing myself. I think it would have been different if I was meeting all these people I’ve never met and I just told them all of my stuff.

How old were you when you started rapping or getting into hip hop ?

I actually got into hip hop in 2009, so it’s very new still in my life. I grew up playing trumpet and my father was a jazz and still is a jazz trombone player and my mum is an opera singer, so I was raised with music.

When did you choose to work on a EP ? How many texts did you have when you decided to build an EP ?

I had probably four songs written then I had a bunch of lyrics that I hadn’t done anything with and I wanted to do something with through mutual friends at Manhattan school of music. It’s compared constantly to Juliard, they both are the biggest music schools in NYC. My parents both went there and now I have lots of friends who go there because it’s right across the street from Columbia so I live in the same area of all these musicians, which is really cool.

I became friends by chance with this guy who works at this studio in Brooklyn called Candid Music Group and I started going by Candid to just talk about my vision and my thoughts about the EP and they were totally supportive so they helped me create some more music, instrumentally. Then I kept writing and that four tracks turned into eight.

How long did you work on this EP ?

With Candid I’ve worked about five months but I’d say that the whole EP was a year and a half of work because there was stuff that I hated, that I threw away, then I liked to use some of, it was a seek of process to get to actually recording.

What audience did you target when writing this EP ?

As far as the content goes, I wanted to capture my story as an educator and an artist because I would then be able to push this album to an academic audience but also an hip hop one. Therefore I could perform these songs when I’m at a conference and get both scholars and educators’ attention. I don’t see myself just as a rapper, I see myself as a rapper and an educator and I wanted to do both of these things simultaneously.

Why did you entitle your EP Mosaic ?

One of the titles I really wanted before Mosaic was « Kaleidoscope » but Bruno Mars actually already had an album called like that so I looked for something else. The general idea was that I love objects that encompass a meaning, so I was looking for an object with many different pieces like an unconstructed and complex identity, they are very much together but they are all in pieces, then I thought of mosaics. Because the work I do is in hip hop therapy and I feel like I’ve struggled with a lot of things emotionally in my life, I feel parts of who I am are broken but they are still fit in one beautiful picture.

Because they often come from a privileged background, white rappers have to experience hip hop differently and tell different stories and narratives.

Unlike your video clip of Thelonious, rappers tend to show a hyper maleness through theirs. Do you think it really comes from their deep wish or are they trapped in a vicious circle ? In a book written by Bronwen E. Low I’ve read that « this misogyny is a symptom of the systemic sexism in hip hop, African American culture and US society more generally », so it sounds like rappers are influenced by the US society. Do you agree ?

I think they are trapped into that but there is a choice to portray themselves that way. Everything comes from the way our society is structured and the types of messages that have been sent to young people. The music that being blast all the time through mainstream hip hop is that kind of message. When hip hop first came out, that was not the message. It was used as a force to push back against inequalities, it was a very sort of social justice movement and it still is in many ways. But I don’t think you portray women this way because you don’t like women, I think it’s more « this is what I’ve learnt I have to do ». If I’m a young kid growing up in an inner city and I see Lil Wayne, Wiz Khalifa, Chief Keef, I see people who resemble me being successful, I want to be that, but for a white guy, it’s unfortunate because I’m privileged – when I look to the media, there isn’t as much as a presence – so we have to experience hip hop differently and tell different stories and narratives.

Let’s talk about your PhD now. In Mosaic, you said : « I’m asking questions mid semester, how the hell you missin hip hop in an urban culture lesson ? ». How did you end up studying mental health and hip hop altogether ? Did you notice the teachers missed something out ?

I was getting very nervous about graduating and then going off to the next stage of life. I didn’t know what to make of all those feelings, so I wrote a track about that and when I finished it, I felt a lot more comfortable and I felt I had more directions. This is when I started connecting the dots. I wondered if Columbia would be accepting of hip hop because I saw Columbia as this ivy league institution and I saw hip hop as the streets. How could these two opposite worlds connect ? During the admitted students’ weekend, they gave us a bag of goodies, one was a magazine, I opened up to a page and it was Professor Emdin holding a boombox with the bow-tie and there was his book Urban science education for the hip-hop generation. All my concerns were gone out of the window. I went to him and he was so supportive.

I took a class in theories of counseling and the final project was to write a paper in which we combine our counseling existing theories and our own theories, so I created what I’ve called hip hop and spoken work therapy. Then my professor told me to submit it for publication and I got accepted to the journal poetry therapy. Once that paper came out, I started going to conferences with Emdin and then on my own. I got a slot as a student’s speaker at Columbia TEDx, then I started working as a counselor. During last year, I re-applied for a PhD and I got in, starting this program hopefully done in three years.

What are your further prospects or hopes ?

It would be awesome to get a professor job but right now I just want to write a really good dissertation that gives me the chance to do this work at a bigger level. I would not be here if I didn’t start rapping in my dorm room in 2009, and that is so fun for me because it’s so validating all I am and all what I want to do. I really want to travel and leave the US – it was such an amazing feeling at DC this weekend and I’m hungry for more that feeling. Experiencing a new culture through something that I love to do would be amazing.